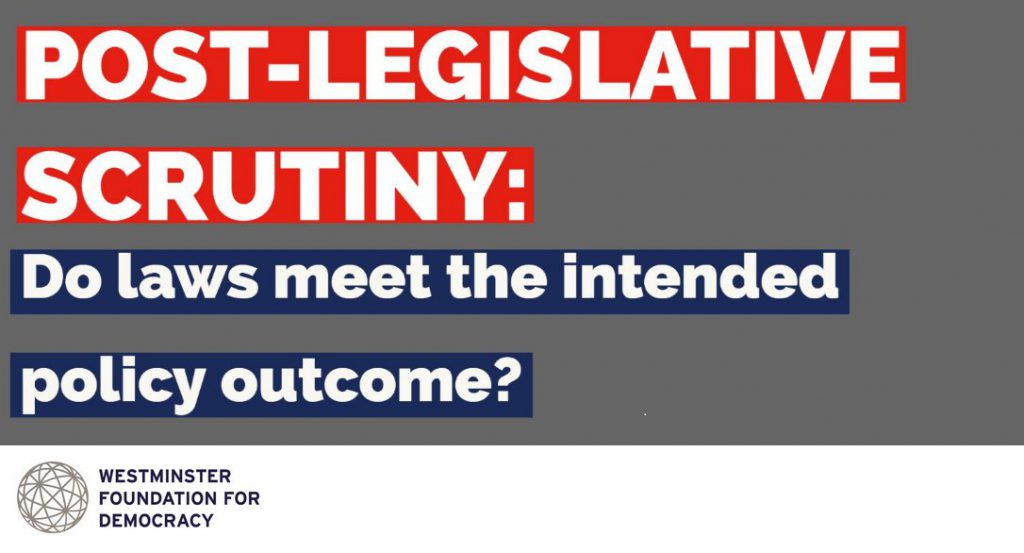 According to the London Declaration on Post-Legislative Scrutiny (PLS):

(it) aims at raising awareness about the role of parliaments in overseeing the implementation of legislation and galvanising locally-appropriate action from legislators, experts and citizens.

Hellenic OCR Team Co-Founder and Project Leader Dr. Fotis Fitsilis, who signed the Declaration, has contributed to the development of the PLS concept by peer reviewing its founding publications (see among others this previous post for more details). In addition, he teamed up with Mr. Franklin De Vrieze, Westminster Foundation for Democracy, for a groundbreaking study on parliamentary oversight of UN’s Sustainable Development Goals through application of PLS principles. The study was presented in Yangon, Myanmar, in June 2019, and Wroxton, UK, in July 2019. The respective paper can be accessed through SSRN. A subsequent journal publication for the Journal of Legislative Studies is in the making.